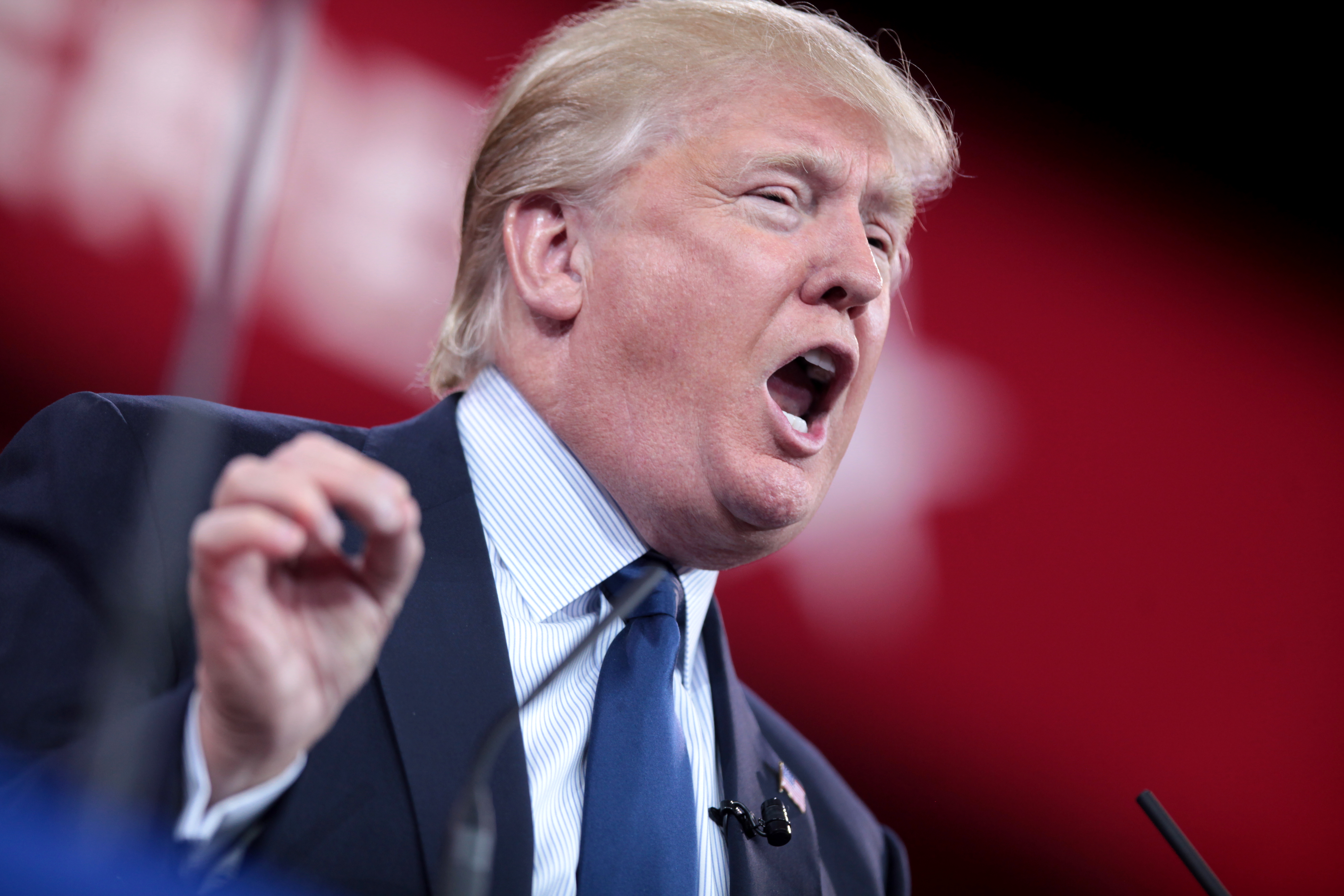 POST UPDATED: In his first public comments since the Rob Porter scandal broke, CNN reports that “The President…did not express any sympathy for the women Porter allegedly abused — instead pointing to Porter’s claim that ‘he’s innocent.’

This is what I wrote earlier this morning:

Have you considered that Rob Porter, until recently Trump’s chief aide, got and kept his high-level White House job not despite allegations of domestic violence against two ex-wives and a girl friend, but because of them?

It is now becoming clear that John Kelly, Trump’s White House Chief-of-Staff, went on record defending Porter as a “man of true integrity and honor” after knowing about the history of domestic violence.

In the Trump administration, domestic violence allegations seem to be a credential, not a liability. Trump himself, Steven Bannon and Corey Lewandowski are at least the ones that are known that work or have worked in the White House.

This is not surprising. Domestic violence, as I warned in late 2016, is the model for Trump’s political philosophy.

Domestic violence as a political philosophy is deeply rooted in Christian theological ideas such as Just War, as developed by Augustine of Hippo, and refined by Thomas Aquinas. Physical violence or threats of physical violence are justified against those who are not at the top of the pyramid of power when they step out of line.

This kind of disobedience gives the controlling power “Just Cause” as I argue in Women’s Bodies as Battlefield: Christian Theology and the Global War on Women. “Just Cause” is the first justification for war in Just War theory. I argue there is a “Just Battering” tradition that provides the justification for violence against women. The “Just Battering” tradition, (of course not given such a clear label!), has been staunchly defended throughout western Christian history in theological terms.

Take what John Kelly asserted, namely that “women are no longer sacred.” The choice of the word “sacred” is telling. Sacred means holy and/or dedicated to God.

The opposite of “sacred” is “profane,” that is impious, ungodly and, very tellingly, disrespectful. When women are disobedient they disrespect the power hierarchy; are no longer sacred and, therefore, violence against them has a “just cause.”

Is it surprising to you, therefore, that someone like John Kelly, educated as he has been in the military in Just War theory, would easily subscribe to the “Just Battering” tradition as based on Just War theory and hire and subsequently protect a batterer? Well, he has actually protected and continues to protect several batterers.

It is also no surprise to me that this same John Kelly would engage in a blatantly racist and sexist attack against Rep. Frederica Wilson and then, when video emerged proving he lied, still refuse to apologize.  Was Kelly persuaded he had “Just Cause” to lie about Rep. Wilson because she dares to be an African American Congresswoman? Is that why he refused to apologize?

The Department of Justice has defined domestic abuse as “any behaviors that intimidate, manipulate, humiliate, isolate, frighten, terrorize, coerce, threaten, blame, hurt, injure, or wound someone.” The constant barrage of tweets from Trump, threatening, blaming, shaming, and provocative statements about nuclear war are themselves clear evidence of this philosophy of domestic abuse.

This kind of attitude and action are horrifying in personal relationships, and they are equally horrifying when seen as a broader pattern of an abusive political philosophy.

I have come to believe that domestic abusers are deliberately selected for jobs in this administration, and protected by people such as White House Counsel Donald McGahn and Chief-of-Staff John Kelly, not despite the abuse allegations, but, in my view, because of them.

This is the philosophy in a nutshell, a knuckle-dragging kind of throw back patriarchy that is highly sexist, racist, homophobic, hierarchical and authoritarian. It backs up its understanding of power as heterosexual, white males über alles, that is, “over all,” as the actual Nazis liked to say. These elite white males think they deserve to control all women, people who are the “lazy” non-whites, non-heterosexuals, non-Christians, the poor and working classes, and the differently abled. The control is managed through both threats of violence and actual violence.

Recognize that this Behavior is Abuse

Raising awareness that there is a reigning philosophy of political abuse is crucial. See, for examples, articles that argue that Donald Trump is Gaslighting America through systematic denial of the truth we can see right before our eyes, like the psychological abuse in the Victorian era drama “Gaslight.” Denial of the truth is a form of psychological abuse, and it is critical to the maintenance of a political philosophy of abuse.

Here’s how you stop this: Use every opportunity to call out #FakeNews and help one another recognize and sustain the truth about what is happening.

Take Away the Weapons

In the same way, the Trump administration needs to be prevented from a first-strike capability with nuclear weapons. Congress must push forward with a ‘no first strike’ bill to take away Trump’s capacity to ‘shoot first and ask questions later’ when it comes to the nuclear trigger.

Trump must be prevented from being able to credibly threaten the world with a nuclear first strike.

I have often helped women who are being psychologically and physically abused recognize that what is being done to them is illegal. Their abusers will try to reinforce the idea that it is perfectly fine for a man to beat or humiliate his wife. It’s not. Women in this situation are often helped by securing legal advice.

In the same way, an abusive political philosophy tries to wrap itself in the cloak of legality, but often its actions are completely illegal. The American Civil Liberties Union has named this clearly in their campaign, launched the day after the election, If Donald Trump Implements His Proposed Policies We’ll See Him in Court. Another crucial line of legal defense is held by The NAACP Legal Defense Fund with its long experience in defending civil rights cases. As it becomes clearer and clearer that the recent election has empowered neo-Nazis, the Southern Poverty Law Center, an organization that has successfully fought the Ku Klux Klan in the past, will be needed to counter the rise of a spectrum of hate crimes.

Support these organizations and volunteer as you are able. It will also be crucial to lobby against extremist judges being appointed to our courts.

The domestic abuser tries to isolate his victim. Support groups are crucial to counter this tactic. I have formed bible studies in churches that have become support groups for domestic violence victims and survivors.

The online Twitter attacks and harassment are a leading characteristic of this abusive political philosophy. Trump has become the “Cyberbully-in-Chief“.

Twitter attacks by Trump models incredibly abusive behavior and there has been a huge increase of cyber-bullying as well as face-to-face bullying since he was elected.

A political philosophy modeled on domestic violence is very dangerous for the United States and the world.

We need to get an abusive political philosophy out of the White House and out of our lives. This is an imperative.