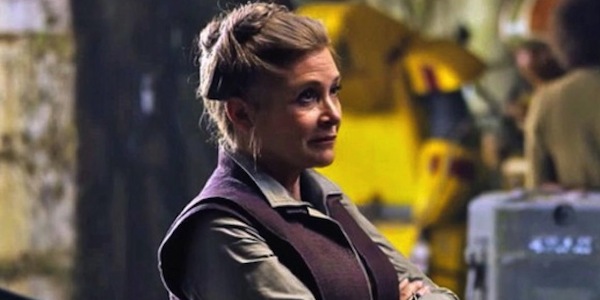 Carrie Fisher has tragically died, but what I think we should remember is that she lived a brave life. She didn’t just play courageous women like Princess Leia or General Organa, she had enormous courage and it translated into her acting.

While Fisher is beloved for her Star Wars roles as the kick butt Princess Leia who becomes a seasoned General in Star Wars: The Force Awakens, in real life she was a strong advocate for mental health. She bravely shared her own struggles in many interviews, and encouraged honest talk about mental health.

This lived heroism translated powerfully to film. A young woman of barely twenty years of age grabs a blaster and fights the Empire. Successfully. And the Empire comes back swinging, kind of like mental illness can come back.  So she fought it again. And again. Heroism is staying in the struggle.

Staying in the struggle looks like this mature woman with pain in her eyes and a small smile on her lips leading her people once again against a revived Empire, or leading people to honesty about living with mental illness.

When I get worried about the current Empire that is building its own “Death Star” type team in Washington D.C., and how daunting it may seem to defeat them, I will remember these knowing eyes and this small smile.

You just don’t let the Empire win, whether its name is bipolar disorder, or Trumpism.

What you do is you channel your inner Princess/General and you get some allies who are also flawed and struggling, and you form an Alliance and go out and defeat them, again.