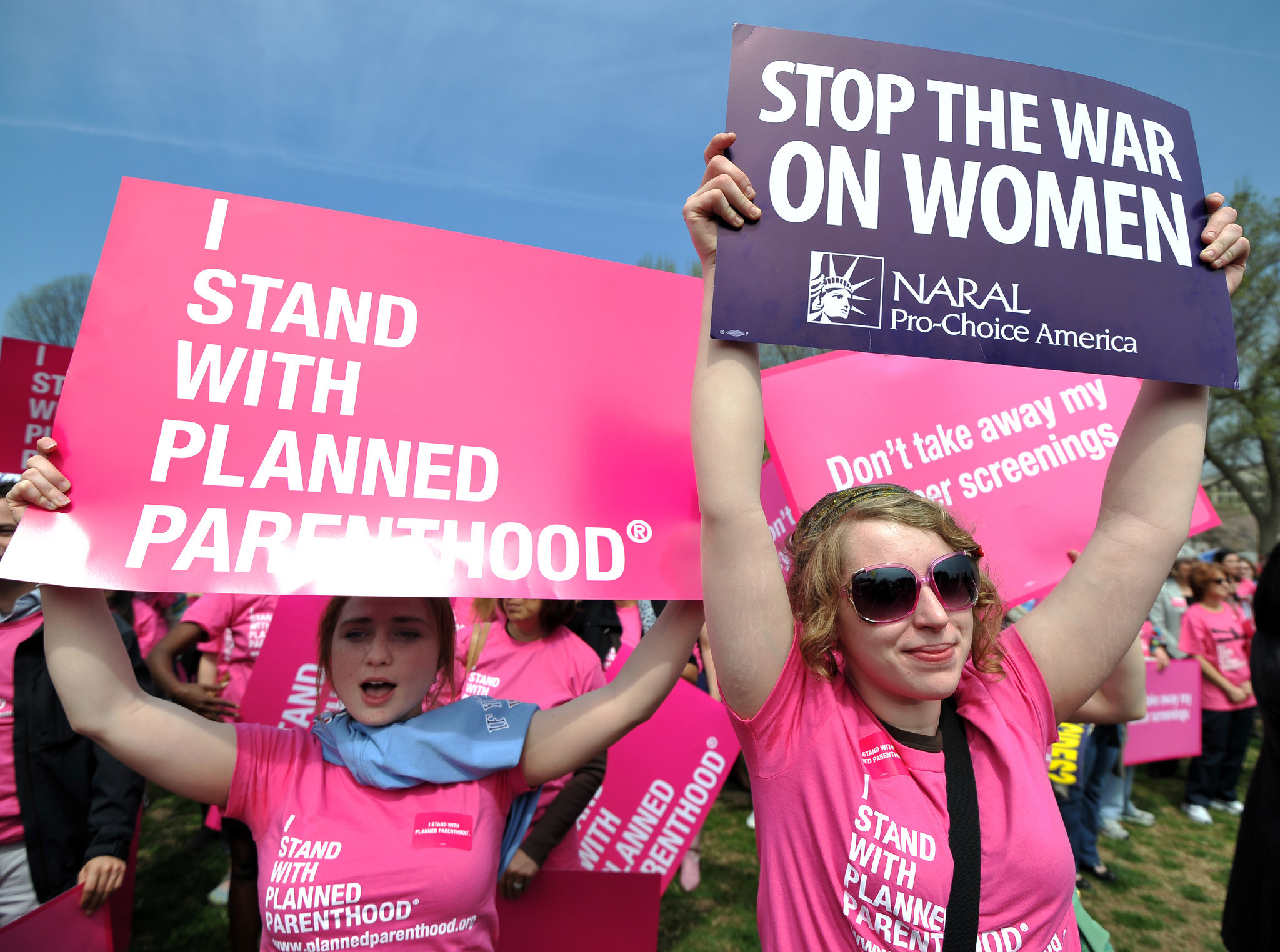 It’s presidential election season and that means that it is basically open season for Republicans attacking women’s right to control their own bodies. This has been called the “War on Women” especially since the 2012 election season, as I argue in Women’s Bodies as Battlefield: Christian Theology and the Global War on Women.

These attacks often take the form of assaults on the enormously popular and crucial women’s health programs of Planned Parenthood, and attempts to defund the program, as recently happened in the Senate.

Yes, Jeb. Yes indeed. That is the argument against what you are trying to do. You are conducting a war on women by politicizing their bodies and putting their health in jeopardy.

Why do Republicans do this over and over? One argument is that it deflects the attention of the base from the fact that while the GOP candidates run on ‘jobs and more jobs’ as a platform, they never deliver the economic gains.  And it’s a good argument.

But the real question is ‘Why does that distraction work?’ There is a  deeper reason why attacks on women’s right to her own bodily integrity, and to make ethical decisions about it, works with conservatives. Women’s full humanity is still incredibly contested in Western culture and religion. Women are basically not allowed to be full human beings, in body, mind and spirit. And this deep struggle is why attacks on women’s reproductive rights happen every election season.

Elizabeth Warren, in an impassioned speech on the Senate floor, exposed this maneuver for what it is, an attempt to go back to the decade where women were pushed out of the modest workplace gains they had gained during WWII, and back into the home in  aRepublican mythical golden age of the 1950’s. Or even better, before women’s suffrage.

“Do you have any idea what year it is?” Warren asked. “Did you fall down, hit your head, and think you woke up in the 1950’s or the 1890’s? Should we call for a doctor? Because I simply cannot believe that in the year 2015, the United States Senate would be spending its time trying to defund women’s health care centers. You know, on second thought, maybe I shouldn’t be that surprised. The Republicans have had a plan for years to strip away women’s rights to make choices over our own bodies. Just look at the recent facts.”

In the push back against Warren, it wasn’t just FOX News leading the pack. Joe Scarborough of MSNBC’s “Morning Joe” relied on debunked, deceptively edited videos to attack Warren for defending Planned Parenthood. And to show how much he doesn’t respect women’s intellect, when his female colleague Mika Brzezinski pointed out that he was attacking Warren for the wrong issue, Scarborough blew her off.

MIKA BRZEZINSKI: Okay. But with, you know, just to be clear here, she’s talking about the issue of defunding Planned Parenthood and its services. She’s not talking about what’s going on in these videos.

Scarborough doesn’t  acknowledge the truth his female colleague has spoken.

But women do speak these days, and that is why Sen. Elizabeth Warren strikes fear into the heart of conservatives, in fact, because of her intellect.

Elizabeth Warren can do math.

Can you do the math, Jeb? Because the “War on Women” didn’t actually work out all that well for the GOP in 2012.