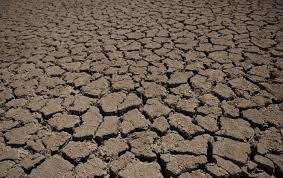 This morning I published a new Huffington Post piece, Sister Earth cries out”: Did Pope Francis just proclaim an eco-feminist theology? on Pope Francis’s new encyclical on the environment.  While I celebrated the Pope’s explicit rejection of “dominion” over the earth as a theological license to exploit,  I also added “the encyclical also illustrates how incredibly deep dominionism runs in Western religion and culture,” and that the Pope had not gone nearly far enough in rejecting all the hierarchies in Christian theology that have been promoted and sustained through that pernicious interpretation of Genesis.

Dominion posits a hierarchy in creation that has justified, even provoked, hatred and violence as is so evident in the racist hate crime just perpetrated in South Carolina. “We woke up today and the heart and soul of South Carolina was broken,” Gov. Nikki Haley (R) said in news conference.

And even in strong efforts, like the Pope’s new encyclical, the most profound connections are yet still not made, and the theologies that support them still not fully rejected.