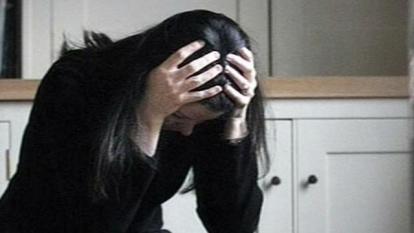 At the Carter Center Human Rights Defenders Forum, “Beyond Violence: Women Leading for Peaceful Societies,” February 9-12 2015, this article on “God’s Batterers” that I had originally published at the Washington Post On Faith section was distributed. In our discussions at this international meeting, many attendees noted how deep the connections are among the subordination of women in religion and the incidence of violence of women.

“Wives should submit to their husbands in everything,” writes Paul to the Ephesians about how they should order their domestic lives. Mary Slessor, 19th century Scottish missionary and early feminist wrote in her Bible next to this text, “Nay, nay, Paul laddie. This will na do.” Mary Slessor was right. Religious women need to challenge such religious justifications of domestic violence. Their lives can depend on it.

The primary connection between religion and domestic violence is religiously sanctioned subordination of women. Submission itself is institutionalized violence — a structure of unequal power that puts women in a vulnerable position in the home. The front door of such a “religious” home becomes a doorway to violence.

Mary Potter Engel, a Christian theologian and novelist, has called this the “Just Battering” tradition. She models her analysis of the Christian justification of violence against wives on the Just War tradition. Just War principles start with “Right Authority.” In the “Christian home,” ideologies of “submission” mean that only the husband has authority. This makes physical abuse of women “just” in the same way that political authorities can claim a war is “just” if it is authorized by them. (See Kay Marshall Strom, In the Name of Submission: A Painful Look at Wife Battering.)

Evangelical Christian ministries such as those run by Rev. Rick Warren at his Saddleback Church or James Dobson of Focus on the Family all stress “submission” as the Christian family role for wives. At the same time, these Christian evangelical ministries staunchly deny that submission is a cause of violence against wives.

Jesus gets invoked a lot to justify wife battering, especially as a model for suffering.
Some evangelicals strongly disagree and have explicitly charged that it is submission that is responsible for wife battering in the “Christian” home. James and Phyllis Alsdurf, in Battered Into Submission: The Tragedy of Wife Abuse in the Christian Home, have noted that conservative Christian women can’t even get help because of this religious ideology of submission.

“When she [the battered wife] musters up the courage to go public with ‘her’ problem (very likely to her pastor or a church member), what little human dignity she has retained can soon be ‘trampled underfoot’ with comments like: ‘What have you done to provoke him?’ ‘Well, you’ve got to understand that your husband is under a lot of pressure right now,’ or ‘How would Jesus want you to act: just submit and it won’t happen again.’”

In fact, Jesus gets invoked a lot to justify wife battering, especially as a model for suffering. In an article for Time magazine I did when Mel Gibson’s film The Passion of the Christ was first released, I noted the direct connection between an overemphasis on suffering as “saving” people and what women have told me for years about how their priests or ministers advise them to stay in a violent home.

“Countless women have told me that their priest or minister had advised them, as ‘good Christian women’ to accept beatings by their husbands as ‘Christ accepted the cross.’ An overemphasis on the suffering of Jesus to the exclusion of his teaching has tended to be used to support violence,” I wrote in the April 12, 2004 issue.

I know of no religious traditions that are entirely free of ideologies that support women’s inferiority and justify their subordination.

As the Chicago Tribune has reported, there is an epidemic of teen “date battering.” I have counseled young women involved in date-battering relationships. In one case, members of a conservative “Christian” youth group to which she belonged were encouraging this teenage girl to stay with the battering boyfriend in order to “convert him to Christ” by her model of “perfect submission and love.” It took a lot of support and a very different religious interpretation to help her make better life choices.

Christian sanction for domestic violence is deeply rooted in our religious tradition. A tremendous amount of work has been done in recent years to question these perspectives. We must continue to offer biblical and theological critiques of the “Just Battering” tradition, the idolatry of suffering and other such views. And we must continue to provide alternatives. A lot more remains to be done, not only in Christianity but also across the religious spectrum, including Islam and Judaism as well as Buddhism and Hinduism and others. Indeed, I know of no religious traditions that are entirely free of ideologies that support women’s inferiority and justify their subordination.

This is a sad commentary on the role religion sometimes plays in human life. It does not have to be this way. We have put up with violence in the “religious” home for far too long. The truth is, “batterers” aren’t serving God, they are serving themselves and it’s sin, plain and simple.